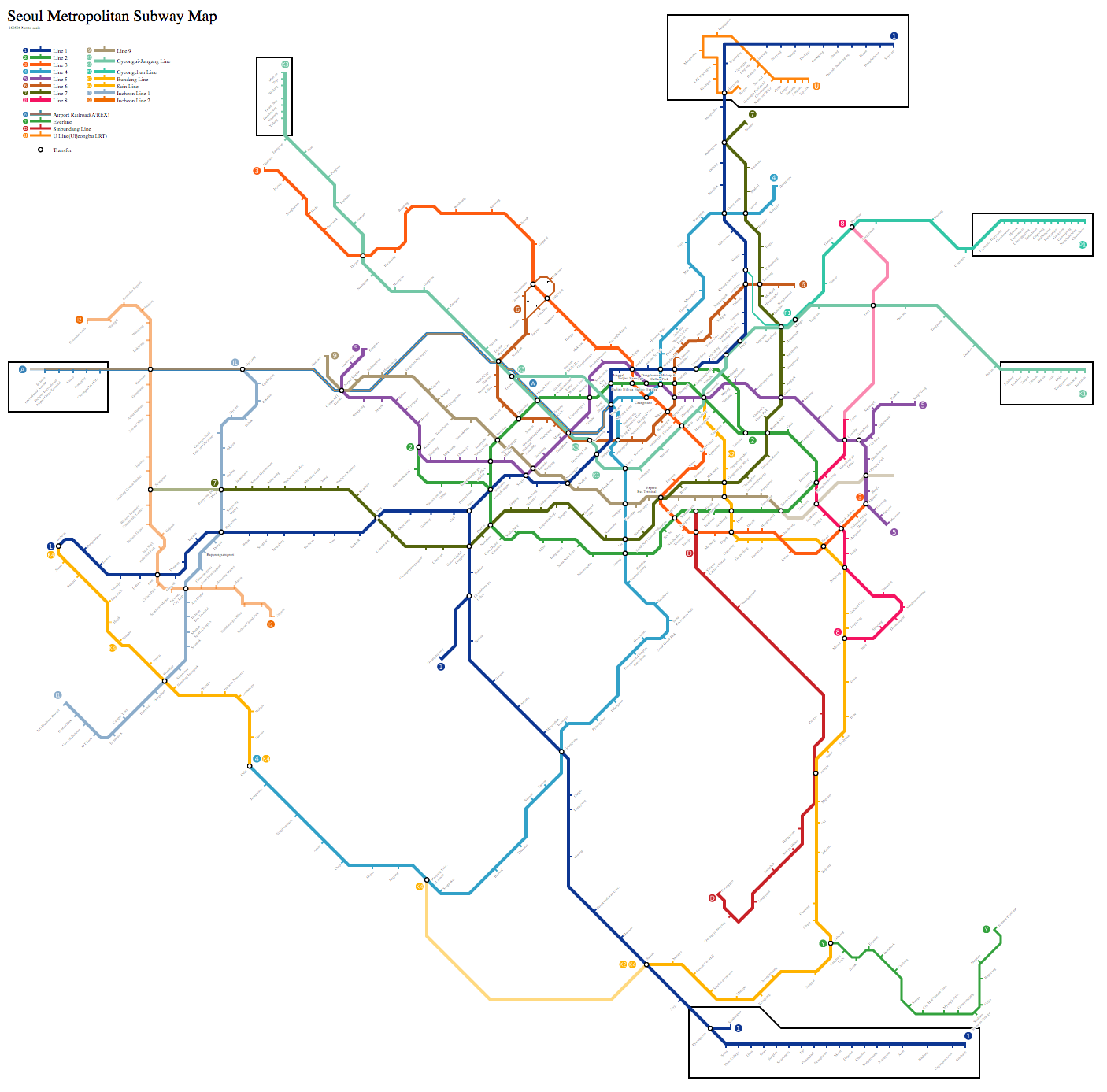 The Seoul Metropolitan Subway has been described as the world’s longest multi-operator metro system by route length.The system was rated the world’s best subway system by CNN and other reputable news agencies and has been nicknamed “super highway” by the BBC.