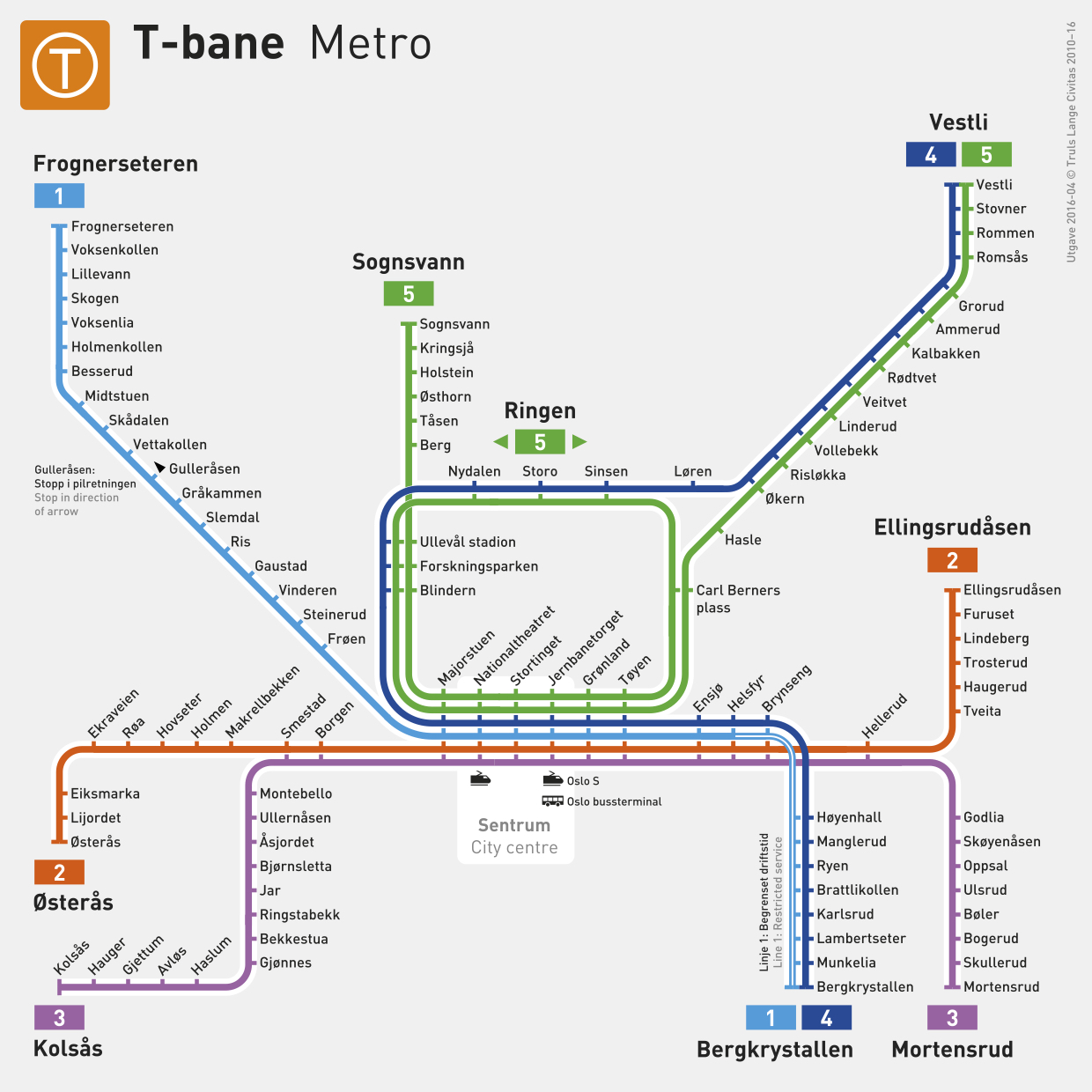 The Oslo subway network was founded in 1966 and therefore celebrates 50 years of operation in 2016. It consists of five lines operated by Sporveien T-banen AS and is the backbone of public transportation in the city of Oslo and also the largest provider of public transportation in Norway measured in the number of travels. The Oslo subway network consists of 16 underground stations and a total of 101 stations. The longest tunnel section is located in the city centre with six stations and has a length of approximately seven km.