MetaBEA (Metagenomics analysis of the BEAches in Montevideo, Canelones and Maldonado, Uruguay) is a project to analyze the quality of the beaches for health, promotional and improvement purposes.  This project is currently run by Gaston Gonnet, Gregorio Iraola and Ricardo Ehrlich at the Institut Pasteur, Montevideo. MetaBEA has three main purposes/ideas:

The samples are just seawater taken from the beaches in question.  The samples can be taken from the beach itself (in this case the east side of the beaches is preferred, as it is generally less washed by the waves than the west side and hence provides a richer biological sample; on the River Plate the main direction of waves is east-west) or from a few hundred meters into the water (to improve the sample homogeneity, and to make the collection more efficient, as done by the IMM with GPS geo-location from small vessels).  Determining which samples give better results will be one of the conclusions of the pilot.  We have collected 25 samples from the east side of beaches.  The IMM gave us 6 additional samples from their regular collection.  Three of these samples have been analyzed for 16S and 18S and the preliminary reports presented to the IMM (May27, Aug08). The complete results for the 16S analysis can be found here.  The 25 samples from the coast have been sent to Mason’s lab in New York for shotgun metagenomic analysis and a preliminary report was presented at MetaSUB-Shanghai (Montevideo part). 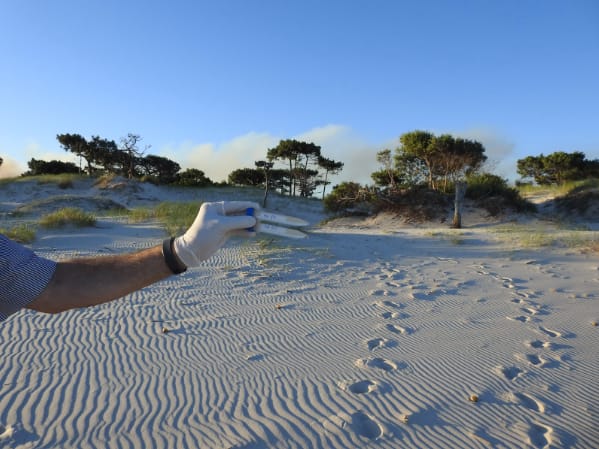