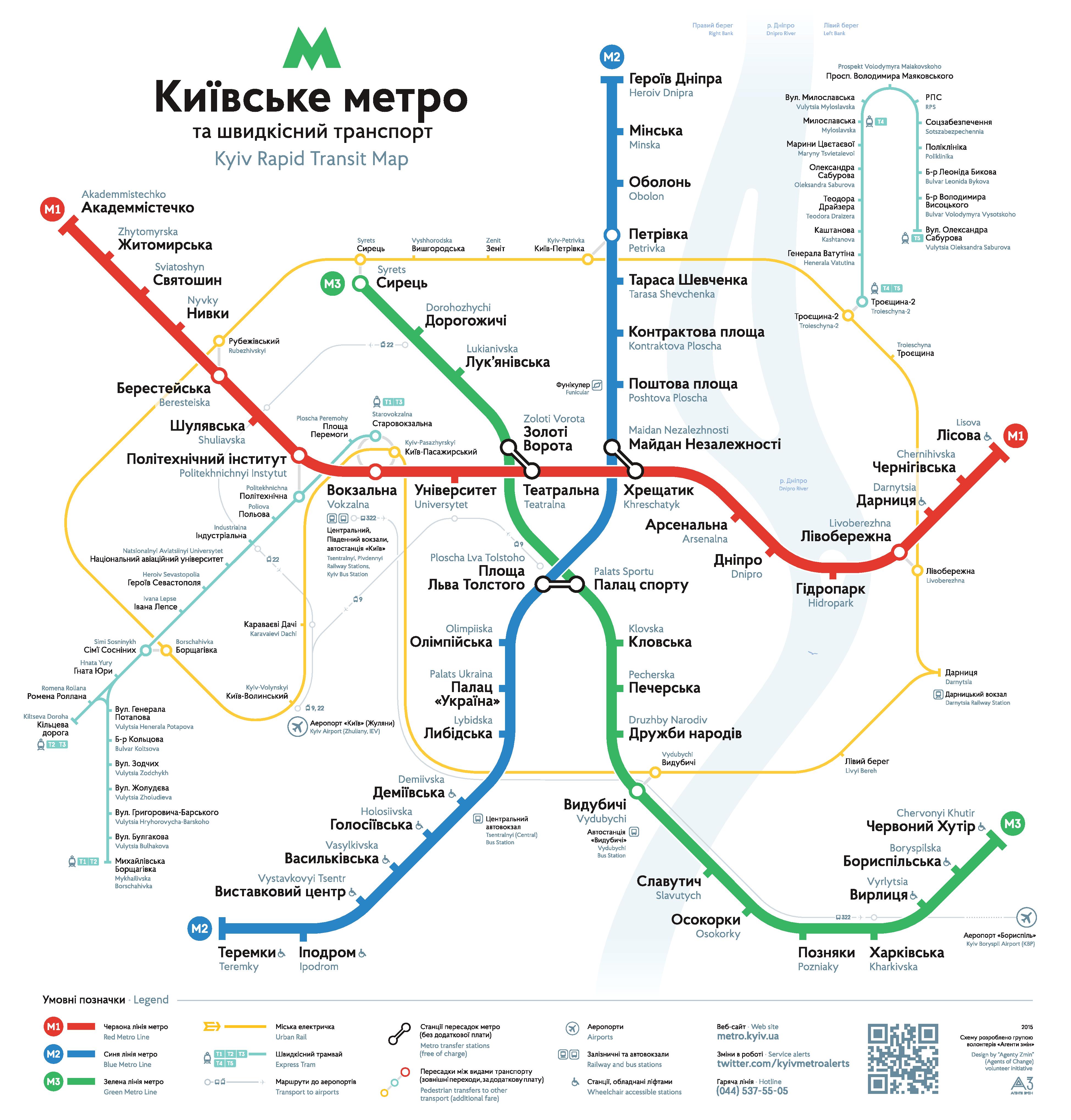 Background (from Wikipedia): The Kiev Metro, or Kyiv Metro is a metro system that is the mainstay of Kiev’s public transport. It was the first rapid transit system in Ukraine and the third one built in the Soviet Union (after Moscow and St Petersburg Metros). It now has three lines with a total length of 67.65 kilometers (42.04 mi) and 52 stations. The system carries 1.439 million passengers daily, accounting for 38% of Kiev’s public transport load. In 2013, the metro carried 536.2 million passengers. One of the deepest stations in the world, Arsenalna (at 105.5 m or 346 ft), is found on the system.