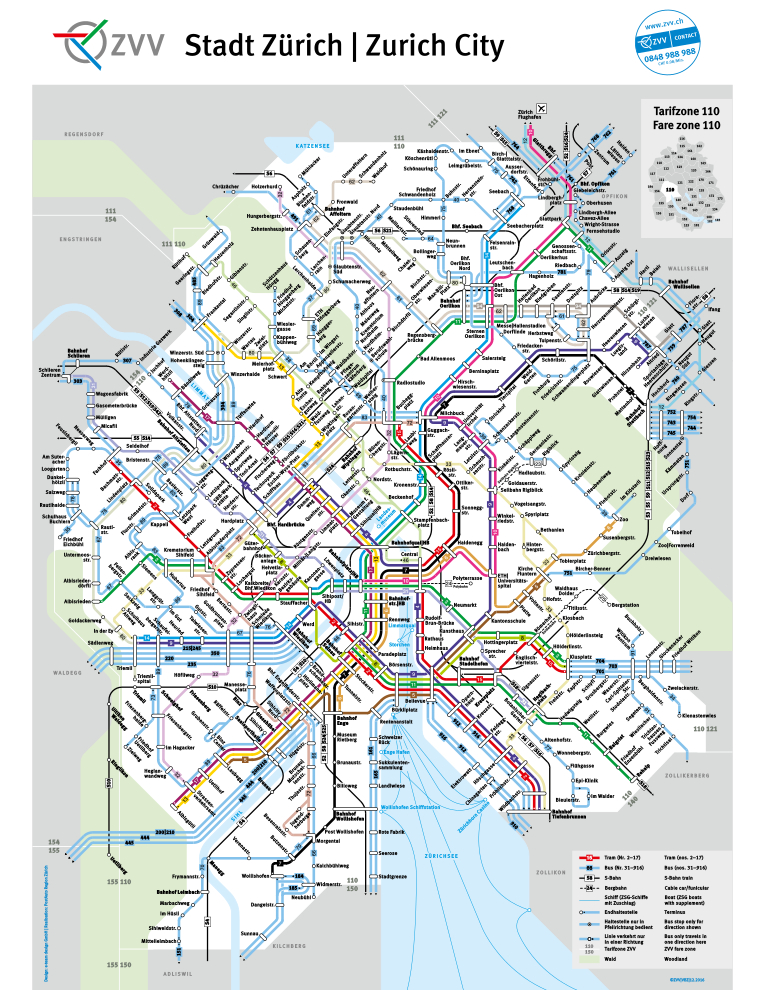 Zurich has a dense network of bus and tram lines that serve more than 300 million passengers every calendar year. The 437 active stops form a tight network of public transport with many stations serving both tram and bus lines, allowing for convenient changes inbetween the two.

Started in 1882 with horsecars, the Zurich tram system has since evolved into an indispensable part of the city’s public transport system and one of the biggest tram networks in Switzerland that is tightly integrated with local and regional buses as well as local and long distance trains. Today owned by the City of Zurich, the trams are used by an average of 560,000 people daily. Currently operating 15 routes serving over 180 stations, the network is constantly extended with new lines and stations opening in the next years.